I love duck and have been craving duck breast with Chinese Five-Spice powder for weeks.  Something about the richness of duck meat and all the different flavors of the five-spice were just calling me.  So I found a recipe on Epicurious.com and generally followed that with a few tweaks to make it my own.   I also picked up some Hibiscus powder on a recommendation from a friend and thought it would be a really good addition to the duck.

Here is the link to the Epicurious recipe: 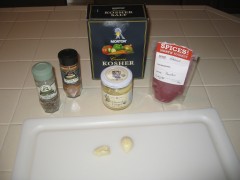 I decided to prepare the duck with just the spices in the recipe rather than trying to incorporate the Hibiscus powder.  I planned to add a small amount of the Hibiscus powder into the wine/balsamic jus to give it a more fruity / sour flavor, which sounded like it would really compliment the duck.

To round out the meal, I wanted something that we could pour the jus over and soak up the duck juices.  We had a bag of Fregola, which is a pebble shaped pasta and decided to do it risotto style, which is slowly adding warm chicken broth and stirring until the pasta becomes soft and creamy.  We also cooked a small butternut squash to add some color and a vegetable. 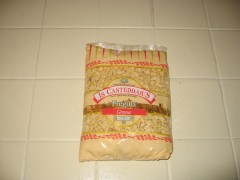 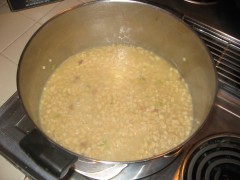 For a wine, Pinot Noir is a great match with duck and the recipe suggests a Russian River Valley Pinot from Sonoma.  I decided to open the DuMol Aidan Pinot Noir from the Green Valley in Sonoma.  I wanted a darker and fruitier wine to stand up to the sauce with Hibiscus powder.

The duck was cooked really well, a perfect medium rare.  The duck breasts I used were thicker than those in the recipe so I had to increase the oven roasting time by another 10 minutes (20 minutes total in the oven).

The Fregola turned out great.  We actually sauteed a few green onions before starting the risotto process, which gave the pasta a nice little flavor kick. The creaminess of the pasta was a very good contrast to the duck.  Would definitely do this again.

The wine was very good, but didn’t exactly match the flavors of the meal – more on this below…

The duck did not have much of that Five-Spice Powder flavor I was craving.  I think since the duck breasts were thicker, I should have increased the amount of spice.  I would definitely increase the amount by half next time and perhaps cut the duck breasts in half to give more surface area for the spices.

The wine / balsamic juice was terrible.  Adding the Hibiscus Powder made the sauce gritty and gave it an unpleasant sour flavor.  We decided to abandon the sauce and remake a wine / balsamic reduction.  It didn’t have much of the duck drippings however, so it lacked a lot of the richness I was expecting.

What I Would Do Differently

More Spice!  As I mentioned, more spice and better coating of the duck breast to really give it that Five-Spice flavor.

Well, my first recipe post is out of the way.  I learned a lot including that this is harder that I thought.  Time to step up the game.  So look for new and improved posts coming soon.